Yuba County’s primary vote is complete. Melanie Bendorf has won the judge’s race with 56 percent of the vote. The District 2 Supervisor race will be a November runoff, between Don Blaser, who received 36 percent, and Stephen Heter who made the cut with only 7 more votes than the incumbent Mike Leahy. In District 3, Seth Fuhrer with 53 percent unseated incumbent Doug Loftin. In District 4, incumbent Gary Bradford with 53 percent will serve another term. And Charlie Mathews retains his position on the Yuba Water Board of Directors with 54 percent. 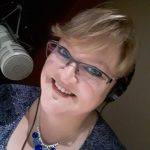