Two Yuba City men charged with conspiracy to rob the Umpqua Bank in Marysville last week, entered not guilty please yesterday in Yuba County Superior Court. Palwinder Mann and Marcelino Ruiz, both 31-years-old, were arrested by Marysville Police last Thursday after a bank employee alerted police Mann was attempting to cash a stolen check. The Appeal-Democrat reports a handgun and black ski-mask were discovered in a vehicle parked in the bank’s lot. Both men are also charged with being a former felon in possession of a firearm and ammunition, and altering the serial number on a firearm, and both remain in the Yuba County Jail being held without bail. 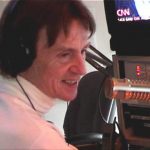