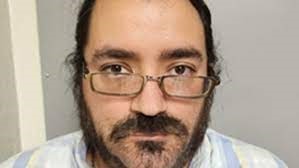 (Paradise, CA) – A weeks-long investigation by Paradise Police Department detectives, after receiving a tip from “a concerned citizen” resulted in 33-year-old Ricardo McCurdy being served an arrest warrant at around 4:00 yesterday morning. He was taken into custody and charged with sending harmful matter – with intent for sex – and contacting a minor with intent to send harmful matter.

The investigation revealed there are “multiple victims” according to Action News. McCurdy’s bail is set at $125,000.