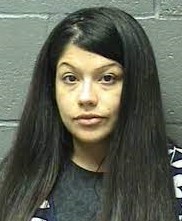 (Yuba County, CA) – An Olivehurst woman convicted in the Christmas Eve death of her 1-year-old son just over three years ago, has admitted to violating her probation guidelines and is now facing up to 12-years in jail. 35-year-old Eleana Carbajal has avoided incarceration so far, as the drowning death of her child in 2018 was determined to be from neglect, and The Appeal-Democrat reports her actions have been classified as being someone who was mentally disturbed, according to Chief Deputy District Attorney Shiloh Sorbello.

Carbajal was placed on probation following a plea deal in 2019, with conditions including no unsupervised contact with children under 12 – which she admitted she had violated after being arrested last month.

A sentencing hearing is scheduled for September 7th and Yuba County District Attorney Clint Curry, in an email sent to The Appeal-Democrat, says his office will ask the judge to impose that 12-year sentence.