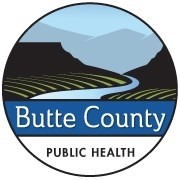 (Butte County, CA) – A case of a human contracting the West Nile Virus has now been confirmed in Butte County. In June KUBA reported the Sutter-Yuba Mosquito and Vector Control District had previously detected the first evidence of West Nile Virus in Sutter County on June 24th of this year. A mosquito sample collected in the Tierra Buena area tested positive for the virus.

The Butte County resident affected is 65-years-old and The Appeal-Democrat quotes officials as saying that individual is ‘experiencing a severe West Nile illness.” Officials go on to say symptoms, such as fever, fatigue and body aches, may last several weeks or even be permanent.

August is reported to be the peak month for the virus in Butte County.