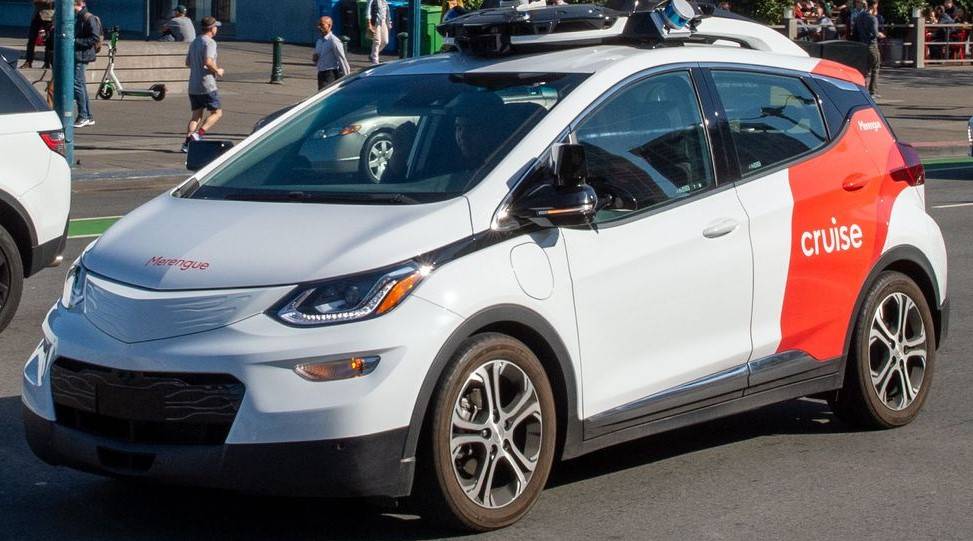 (San Francisco, CA)  —  A small number of Chevy Bolt electric vehicles is poised to become the first fleet of commercial Robotaxis in California.  Yesterday, state officials OK’d the launch of a fare-based business offering taxis with no one but some chips and millions of lines of code behind the wheel.  Fares reportedly will be competitive with those offered by traditional cabs.  Company officials say a downloadable app will be offered once the number of autonomous Cruise cabs cruising the streets of San Francisco reaches a proper threshold.